As title says, an intro post since most of this journal is f-locked. This gets updated maybe once a year.

[Fic]Beauty is nothing but the beginning of terror [Doctor Who]
Doctor Who//G//Amy, Eleven
The scene in Flesh and Stone, when Amy gets left behind, and they keep on leaving her. It reminds her of other things. Spoilers from Flesh and Stone.

When insects are religious [Doctor Who]
Doctor Who//G//Amy, Eleven
Takes place between Cold Blood and Vincent and the Doctor. Nothing too substantial, or spoilery- filling in on the trip to the Trojan Gardens, more or less and the things that happen there.

Something Old and Familiar [Doctor Who]
Doctor Who//PG//Eleven, Rose Tyler
Ten drabbles for each genre; for

One of laughter, one of anguish [Fringe]
Fringe//PG-13//Altlivia, Alt!Lincoln Lee, Alt!Charlie Francis
An expansion on two drabbles for

sweet_anise. Lincoln babysits Henry, and later confronts the exact price of the war with the Blueverse.

La nuit, tous les chats sont gris [Fringe]
Fringe//PG-13//Walter Bishop, Walternate
An exploration in how both Walters come to deal with the death of a close friend.

The Looker's View [Fringe]
Fringe//PG-13//Alt!Astrid, Altlivia, Alt!Broyles
An Alt!Astrid POV of the events that led up to Entrada.

Ten Drabbles of Red and Blue [Fringe]
Fringe//PG-13//Lincoln Lee, Olivia Dunham, Altlivia, Alt!Lincoln Lee
One drabble for each genre; for

Love triangles are expressions of homosocial desires [Tide Lords]
Tide Lords//PG//Arkady/Declan, Cayal/Arkady
Arkady confronts Declan and Cayal about the whole love triangle affair. Vague hints of slash, depending on how you want to look at it. Spoilers for Palace of Impossible Dreams. Credit for this idea goes to

Letters in the dark, not love [Tide Lords]
Tide Lords//G//Declan
Arkady thought he never tried to contact her. He did try with a letter, though.

21 Tales of Immortality [Tide Lords]
Tide Lords//PG-13//Every immortal of the Tarot
Short stories written about each of their monikers, and their long histories. Rated due to a bit of violence, and some amounts of sexual material.

Ready to get swinging [Bones]
Bones//G//Booth/Brennan
Brennan and Booth go swing dancing for a bit. Neither knows how to dance well. Credit for the idea to 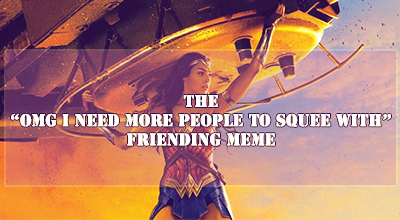 ♥ COME MAKE SOME FRIENDS TO YELL WITH ABOUT THINGS ♥

Yikes, 9 years is a long time.

Also, hello! I'm alive and back.

I've never had much opinon on our Russian overlords, which doesn't meant that it's an inconsequential concern. To me, it's just another tick in LJ's slow spiral towards death, since LJ has been owned by Russians for some time now. Only instead, it's more direct.

But this time, a non-zero number of people on the flist have decided to pack bags for DW completely, a lot of other people are echoing similar sentiments, and 2+2 still equals 4 without too much work, so it looks like its winding down faster. I'm not too attached to LJ itself- its seen me through a number of significant life events. As a platform though, a lot of my attachment is to you people, so if people are moving, well. I won't do a nearly so drastic move as to delete things here as I know some people did, but I'll probably start x-posting from DW from this point.

Anyways. If you are deciding to migrate over to DW (or not) and would be inclined to keep in touch, I have the same handle on DW to make life easy!

Also, since I'm now less than two weeks till the oral, it seems like excellent timing to go on a semi-hiatus admist thie semi-migration. Yikes.

So in addition to the owl, there's a pair of woodpeckers, some doves, and a lot of chickadees that like to frequent the trees/area around the house. It's also really good running weather right now.

An aside- I don't get the new mentality re voting. Specifically the idea that voting is some...deeply personal expression of their beliefs? Voting was/is a political tool to express your views to the goverment to attempt so that you can nudge it towards your ideals. That's all it is. Voting isn't about you as a person. It really isn't. You don't vote and say 'wow, I feel good about myself because I voted'. You vote because you're trying to impress your values on the governing body, and hopefully get something done. Even if you don't like either candidate, or you think it's a lesser of two evils thing, doing something about it is a lot better than sitting back, sipping tea and going 'oh no, I'm cynical about the political system so I won't vote'.

This was brought about from having an argument with someone who didn't want to vote because he didn't feel like any of the candidates aligned with his values.

tl;dr- Vote. Even if you're like me and missed all the early voting days because of conferences and deadlines and have to get up stupid early tomorrow for it.


In other news, tomorrow, well. Tomorrow decides a lot of things. They're also filming parts of the new MacGyver at parts of school tomorrow.

Annnddd still alive, and (finally) moved (mostly, almost) into the new house! Only everything is still in boxes, have next to no food here, and the internet is being all sorts of unreliable.

But on the other hand, mostly moved so that's partly out of the way, at least. Now to just figure out what box has what thing. Good thing it's a three day weekend.

And I am now done with all my classes for the semester, and I'm still alive! Hello summer break!

Yeah, reminders of the paper you haven't finished yet follow you everywhere.


On the unrelated topic of American politics- so Trump is more or less guaranteed the nomination. Not to say that Cruz was any better (he isn't), but then we have someone like Trump. I'd like to say 'haha, there's no way he'll win the general election in November' except I was also saying 'haha, there's no way he'll get the nomination without the Republican party imploding' several months ago and here we are.

But really, hello world! I'm alive, still around and horrendously busy. But not an actual busy, because in a real busy you're productive, and have meaningful things to show at the end. In the pseudo theoretical busy, you're just busy with meaningless things that don't amount to anything despite having no time at all because you lose a third of your week in meetings.

In other news- grad school is very time consuming. Passed my coding exam(!), maybe didn't pass the most recent pchem exam, and remembering all that calculus is hard. Spring break was this week, which wasn't really spring break as much as it was 'catch up with everything'.

Hilariously, PI is now out of money as of this month and I now have a record number (six, soon to be seven?) of papers under review.
.
Have watched the first four episodes of Agent Carter, but literally nothing else since mid January. Daredevil has come out and looks interesting, but reserving judgement till I see it. Have managed to find time to read Monstress since reading comics is a lot easier to do on the train. Which is also worth checking out, though it isn't exactly happy reading material.

Otherwise, what's up flist? It's been far too long, and I've missed being around.

On the subject of PI is trying to get one of us to TA her class (unlikely, since she has two other profs teaching) that no one wants because it's from 5:30-8:20.

Labmate to me: Oh, she won't ask you to do it.
Me: Why not?
Labmate: Because it's your first time taking the class, and you're also teaching.
Me:....What did you say? Teaching the class?
Labmate: Yeah, you didn't know? You're listed on the syllabus as a guest lecterer. You didn't actually think she could teach visualization, did you?

And lo and behold, there's my name as the instructor for the class on Sept 10. For a (graduate) class that I'm taking this fall and have never taken before, with about 30 other graduate students. Mostly biology people, so now I just have to think of how to lecture on the subject matter for three hours, which admittedly isn't hard. Except talking about it for three hours.

But seriously, what. Guest lecterer?
Collapse